A new Rasmussen poll reveals that a wide majority of Americans think “Drag Queen Story Hour” is inappropriate for children.

“Drag Queen Story Hour” events involve adult men dressing up as women, often in inappropriately sexual costumes, who then read to young children. Such events have resulted in mass protests from angry parents, even sometimes accusing the drag queens of pedophilia for their actions.

#pandadulce is a fucking pedophile that needs to be arrested and charged. Those guys that crashed "it's" story time hour trying to groom and influence young children to believe that being like him/her/it is totally okay.#dragqueenstorytime #pridemonth #pedophile pic.twitter.com/M2dojnkCuC

The new poll, conducted at the end of October by Rasmussen Reports, asked 1000 American adults how appropriate they thought it was for Drag Queen Story Hour events to exist. Mark Mitchell, the head pollster at Rasmussen, said that the question had “riled up about the most hate in any survey” he’d ever seen, showing how deep the controversy went.

The results showed that there was not much difference in response between men and women, although women were slightly more permissive of the events. Income and employment had seemingly little effect either, although government employees were the most likely to support Drag Queen Story Hour.

Big differences were seen in age groups however, with 46% of people aged 19-39 saying that it was appropriate, as opposed to 71% of adults aged 40-64 and 77% of adults over 65 who believed that Drag Queen Story Hour was inappropriate. 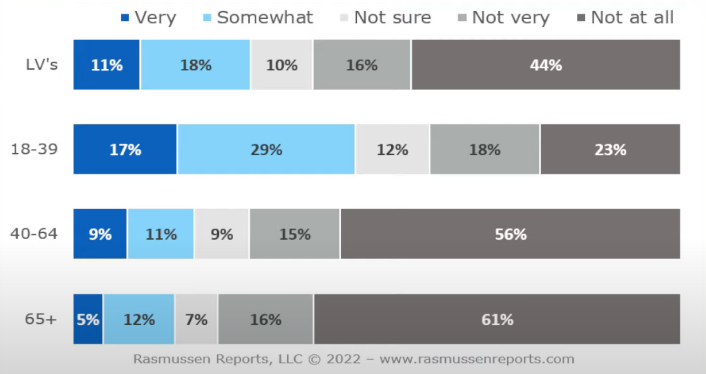 Unsurprisingly, Republicans were staunchly against the practice, with 69% saying it was “not at all” appropriate, with a total of 79% against. Democrats were a lot more split, with 47% of Democrats in support, and 41% against.

“Drag queen story hour seems like a topic that has been heavily championed by the left, and yet it can’t get to a majority of support among Democrats,” Mitchell said. “But at the same time, Democrats are just not willing to condemn the practice in large numbers.” 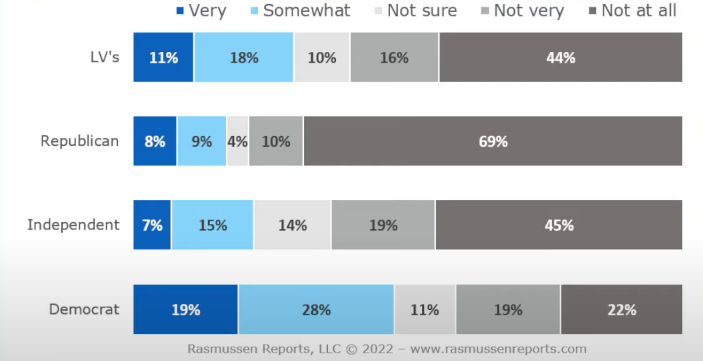 With events taking place at public libraries, respondents were further asked if they believed that it should be taxpayer funded; 71% of the public disagreed, with just 14% thinking that the taxpayer should foot the bill.

“We rarely see that much agreement on politicised topics like this,” Mitchell explained. Democrats were most likely to support taxpayer funding, but no voters still outnumbered their opposition by 56% to 22%.

This news and commentary by Jack Hadfield originally appeared on Valiant News.